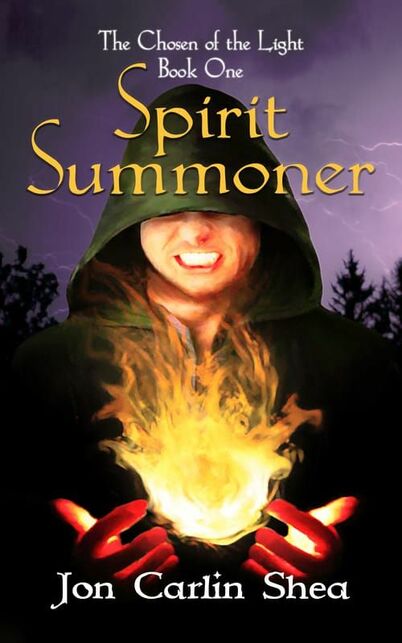 Darr has the ability to hear the disembodied voices of the spirits. Unfortunately, the spirits have nothing useful to say. A young, inexperienced Spirit Summoner, Darr often wonders at the purpose of such a useless ability. When an unnatural fire sweeps through his village, Darr sets out on a mission of self-discovery and curiosity.

As a Spirit Summoner, Darr learns he can enter the spirit realm. There he has access to the elemental magic contained within the Sephirs, legendary artifacts that once promised balance for a world turning towards chaos. Now, the Sephirs’ powers are dwindling since their untimely disappearance, and Darr is at the center of the quest to find and recover them. Suddenly, Darr’s curiosity is a whirlpool threatening to drown him, but his compulsion to see things through locks him into a journey attracted to disaster.

For the Sephirs do more than restrain the primal forces of magic. The Devoid, an evil long caged and hungry, has begun to loosen the bars of its prison. If the Sephirs fail, the Devoid will escape and feed on the Light of the living until nothing remains.

And the Devoid knows Darr’s lack of confidence is the key needed to free itself completely.

THE CHOSEN OF THE LIGHT: SPIRIT SUMMONER is an epic fantasy novel from Jon Carlin Shea.
Click on the links below to buy from any of the following vendors:

All books by Jon Carlin Shea have been professionally proofed and edited by S.R. Howen.